7 Things We’ve Learnt From Innovators, Self Starters and Business Owners

7 Things We’ve Learnt From Innovators, Self Starters and Business Owners

In celebration of Global Entrepreneurship Week, we featured five entrepreneurial superstars on Come to Work With Me. All of our guests, even though they were from very different walks of life, had some common advice to share. Here’s what we learned about how to succeed as an entrepreneur. 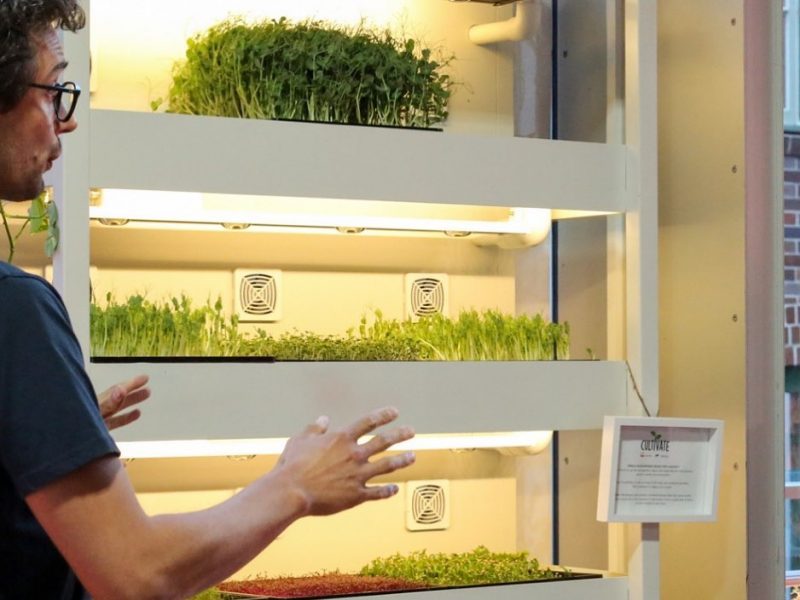 Geert is the founder of Farmwall, an iniative which is reinventing the way we think about urban farming through vertical gardens and much more.

Julian and Kody worked with a mentor while participating in the New Economy Enterprise Program to develop NCAT+, an app that’s “for students, by students.” The two young innovators quickly learned the value of surrounding themselves with great people: “we realized the more important it was and the more passionate we got… working in a group [where] someone actually understands your wavelength is awesome.”

David Williamson, CEO of the Melbourne Innovation Centre, urges young entrepreneurs to turn to their teachers for support: “they’re some of the most passionate and caring people that you’ll work with in your life. You reflect back on it in the years to come about how amazing and influential they were in your journey.”

For Alex, owner of CoffeeHIT, a cafe in the northern suburbs, his family has played a significant role in his entrepreneurial journey: “your [family] is there to give you advice – to anyone that watches this and thinks “oh, you know, I’m not sure where to go what to do”, or “mum and dad’s nagging me” – they are, but they’re doing it in a way that they’re trying to guide you to get you to where you want to go.”

2. It’s not just about the money

When asked about their key advice for thinking like an entrepreneur, Kody and Julian summed up this idea to us very clearly: “don’t chase cash, chase ambition.”

It’s an idea which all of our entrepreneurial guests touched on at least once. Geert’s key learning was that when you pursue something you love, the money will follow: “the main mindset of being an entrepreneur is not working for money. Eventually, the money will come and your income will be established and you’ll be working on your own terms on something that you’re really passionate about.”

“Money comes and goes… I think that the entrepreneur tag is a fun one to run around with a bit, but it’s the definition you provide that really defines you as a business owner and person.”

Kody and Julian’s prototype was informed by consulting with their student community and leveraging their lived experiences as students. When drawing up a new creation, they urged us to consider what problem we’re trying to solve: “you can’t just like go in and say, ‘I’m gonna create this because I want to’… you need to collect market research, you need to collect data. That’s what we did. And it works fantastically.”

Alex spent about seven months researching cafes and restaurants before opening CoffeeHit. He attended venues near and far, speaking to the owners and getting to know the different ways in which venues were operating. It was a long, arduous process, but critical to the success of his business: “It got a bit tiresome at times – in terms of the tedium of just doing the same thing over and over again, but it gave me a really good insight into how these things operate.”

David, now a key leader in the Melbourne entrepreneurial scene, started his career working at Kmart. From working there (and everywhere in between), he let no experience go to waste, urging us to consider every experience as an opportunity to learn: “embrace every role that you have. Whether it’s working in hospitality, retail, whether you’re doing data entry at a desk. What are you learning, what skills are you developing?”

Geert also recommended starting your journey as an entrepreneur through learning as much as you can: “start adding skills and knowledge and curriculum and books around everything that you can find… start speaking to people about [your passion/dream].” 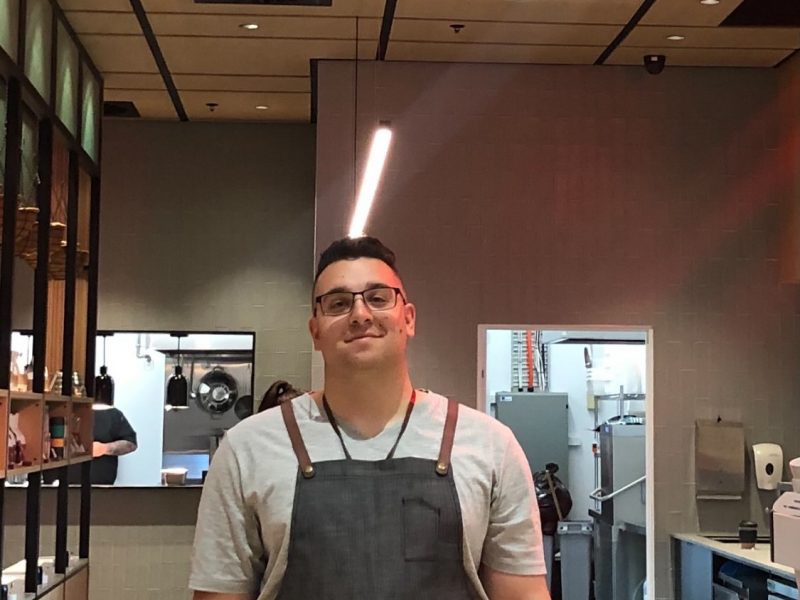 Alex Pisani in his cafe, CoffeeHIT, located in the nortnern suburbs.

5. There is no substitute for hard work

David cautioned us against the fantasy of the ‘overnight success’ noting that successful ventures take time and grit: “we hear the beautiful stories about some of the larger tech startups. But the reality is those founders, the people that came into those teams worked incredibly hard to make those things happen. There’s no good luck stories, there’s no overnight success- it’s all about hard work.”

Alex believes this is what separates the people who achieve their goals from those who don’t: “I think that’s what separates a lot of the people that had nothing and made something… you get to wherever you want to go in life, if you work hard enough at it.”

6. Failure is a chance to grow and make room for bigger things

The entrepreneurs we interviewed didn’t fear failure, they embraced it. Alex completed most of his apprenticeship, despite his ongoing realisation that this was not a good fit for him. He described his relief when he eventually decided to resign in pursuit of work that he would find more fulfilling: “[I was] this close to finishing something. [It felt] a bit like a failure, I guess. You’re brought up to finish what you start, but I wasn’t going to do that – because it was that or be consumed by the whole thing.”

For David, “failure presents an opportunity.”

“Quite often, if you’re not failing in some respect of your business, your work [and] your connections with people – then you’re not pushing hard enough. We’re not infallible. So it’s a case of embracing that. It’s about learning from those failings and improving and growing”

7. Don’t be afraid to be different

Alex didn’t ‘fit in’ while he was at school, but he tells us that this isn’t always a bad thing: “[Entrepreneurship is] about breaking the traditional rules of employment. When I was at school, I was always seen as a bit of a weirdo, but a bit of an outcast … I didn’t learn like everyone else. Teachers found me disruptive because of it…I mean entrepreneurs are just people that think outside of the rules that they’re told to work in. And do their own thing.”

For David being a leader is standing out from the crowd: “stepping outside of the square in the box and, and being your own person… Sometimes being a leader is making an unpopular call or decision, which would you feel is a good thing to be doing in the overall scheme of things. So I think that a really important part of leadership is being really authentic [towards the things] that you care about and [are] passionate about.”

BE NOTIFIED ABOUT NEWS AND UPDATES