Four Key Takeaways from the School to Work Summit

Four Key Takeaways from the School to Work Summit

Education, vocation and innovation were at the heart of discussions held during the School to Work Summit. 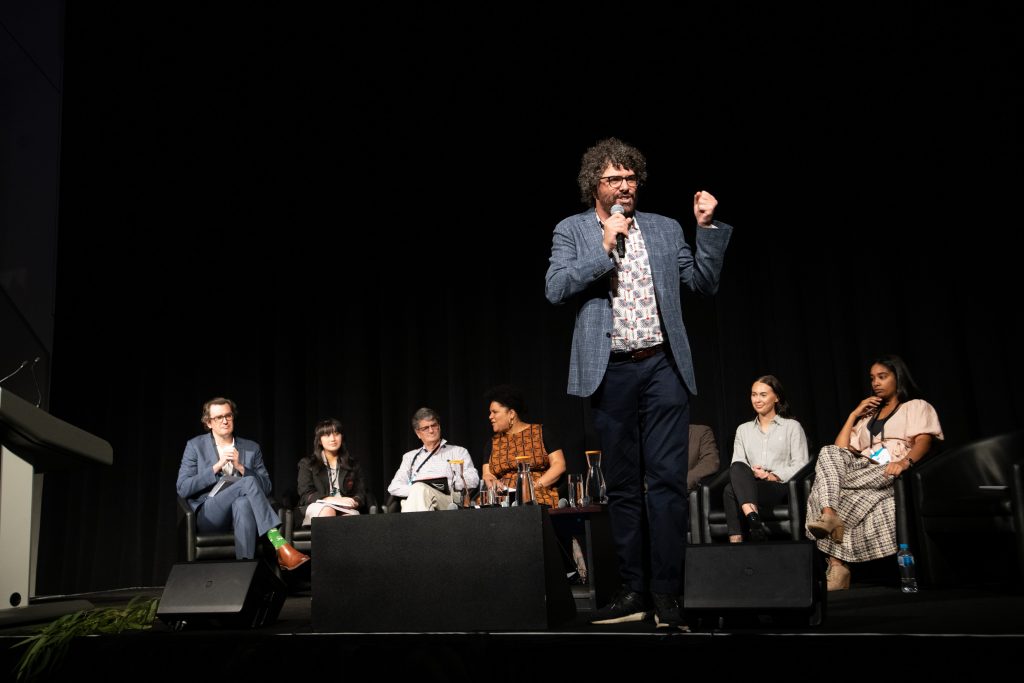 On 31 March 2022, VicLLENs and VALA hosted the inaugural School to Work Summit, which saw 570 leaders, educators, innovators and changemakers come together and discuss how we can collectively improve the school to work journey for young people.

Here are four of our key takeaways from the day.

1. The Importance of access and equity in education (and why we’re not there yet)

Equity in education was a prevalent theme throughout the day. Emeritus Professor John Polesel spoke about the extra “heavy lifting” that many schools do, especially where vocational programs are more expensive to deliver than standard subjects.

The Hon Fiona Nash, Regional Education Commissioner for Australia, highlighted the need for equal opportunities in regional areas so that “people, regardless of where they live, can access the educational opportunities they need to reach their full potential.”

Fiona highlighted significant discrepancies in regional educational attainment, citing that young people (25-34) in regional areas are less than 50% as likely as a ‘city person’ to have a degree.

Gender equity in education was repeatedly explored throughout the day.

How Work Works Interns Brea Dorsett and Brizayah Clifford spoke about how less than 2% of people in high paying trades are women, due to an “editing out” process which begins as early as primary school.

This was also a key theme throughout Dave Burton and Lena Mitchell’s presentation, in showcasing their Passions and Pathways program. While stripping away several layers of costumes, Lena illustrated the way that students inherit preconceived notions of what kind of career options are available to them.

“When kids come to school, they have a wealth of opportunities.. all these things that they could do in their futures. But we don’t understand that they’re actually going through a process of peeling these things away [throughout] their primary school [years].”

“What this means is that they are ruling out a vast swathe of opportunities for who they could be in their lives. This means that women in particular have a far smaller pool of jobs to go for.” 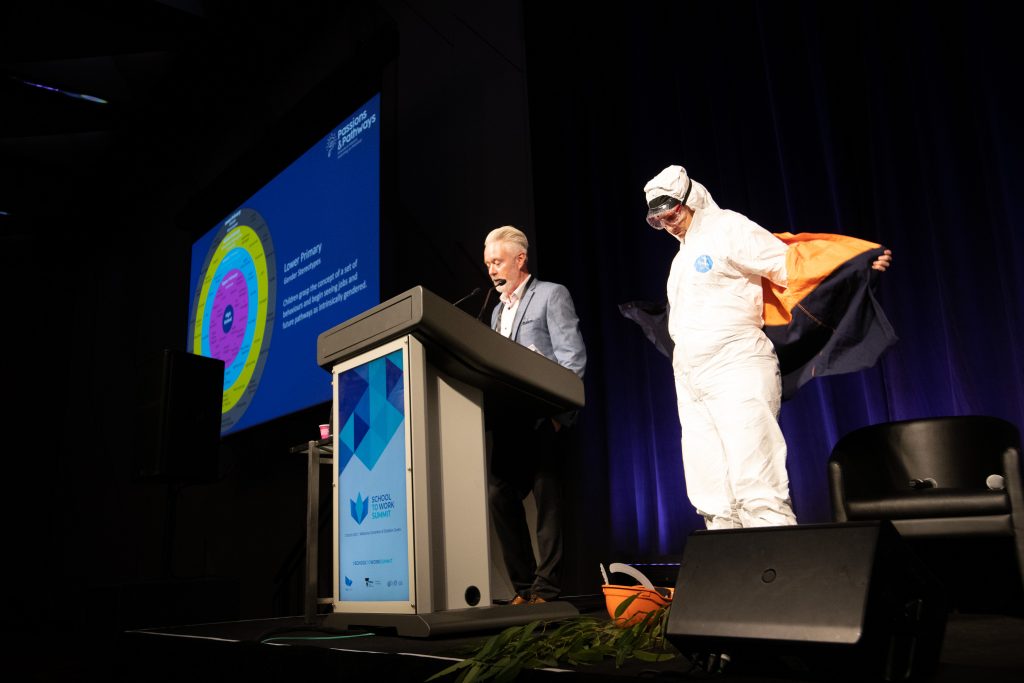 Helene Rooks, CEO of the Victorian Applied Learning Association, highlighted the importance of VCAL in catering to young people with different needs across different settings. She argued the importance of ensuring that the Senior Secondary Reforms build on the successes of VCAL to ensure that “every young person [can] have access to a meaningful and successful pathway… regardless of their circumstances”.

Professor Kitty te Riele also urged us to consider vulnerable young people, not just in regard to their needs, but also their strengths: “They often have all sorts of 21st-century skills, those general capabilities that we so value.”

“They often have those already, because they’ve had to develop them.”

“A young Mum or a [young] parent… has to be well organized, to have good communication skills, to be able to collaborate with other people.”

Throughout the day, there was a collective consideration of the way our schooling system is currently modelled – what is, and what should be, the real role of education in setting up students for their futures?

Two teams of young people, industry representatives and education experts went head to head in the Great School to Work Debate, arguing whether “the role of a school is to create the workers of the future”.

Throughout the day, we heard case studies of new ways of preparing students for the world of work, such as Project Ready, the Youth Enterprise Hub and MIC’s Student Enterprise Program.
We were inspired by new ways of engaging students in education, learning and exploration through co-design and virtual reality.

Jen Buchanan, Convenor of Future Schools, challenged us to stop and consider the purpose of schooling. If school is simply just a “place of knowledge acquisition” Jen argued, how do we ensure that just “teaching our young people about the past” will not “woefully under-prepare them for the future?”

David Caughey, principal at Cranbourne Secondary College, called into question the way we measure the success of a school. A school’s performance assessment, according to David, needs to go beyond standardised testing to measure student retention and year 12 completion.

“There’s data that is available for that, and yet it doesn’t feature in a school performance report.”

Another key element to this discussion was the impact of our rapidly evolving world on both what students learn, and how they learn it.

According to Jen Buchanan: “we could spend our lifetimes, many times over, just accessing free online courses, or watching YouTube videos or listening to TED Talks.”

“So in a world where we are saturated with knowledge, what’s the purpose of schooling?”

In reinforcement of this idea, Dianne Semmens, Vice Chancellor at Victoria University, argued that “the biggest benefits you get out of formal schooling are those soft skill components… the rest of it, the knowledge acquisition, is freely available to anybody.”

“Rules are not what will disrupt. Rules are not the future. Yes, they’re necessary. But it’s the ability to go against the rules that leads to the next evolution of industry.”

Dr Yasmin Chalmers, Head of Centre for Science & Technology at The Gordon, celebrated the changing nature of our schooling system.

“A day in the life of a school student isn’t just about getting up and going into the same school grounds every day. Now they have opportunities – they can start off their day by walking into a TAFE or an industry-based setting and then end up back at school.”

“We’ve come a long way from the standard nine to three school hours inside the school to give students a chance to step out and learn in different environments.”

3. Challenging the stigma against vocational pathways

Throughout the day, we were prompted to consider how we perceive vocational pathways. Our speakers told us that academic or university pathways are often viewed as superior pathways. Several speakers prompted us to reconsider the way we talk about applied learning and the way we think about students who wish to pursue pathways in VET, VCAL and eventually the Vocational Major.

Audrey, a young person who graduated a couple of years ago, reflected on the typecasting which occurred when teachers assumed she was not academically-inclined enough to excel in VCE.

“I was told very bluntly, you are not going to get the ATAR that you need to do what you want.”

“I did year 12 alternatively and I got into a career without a certificate, without uni, straight away.”

The Summit was wrapped up with five powerhouse talks from VET champions Ashley Beeby, Lewis Brown, Benjamin Gregory, Christine Basco and Jack Trewick, who detailed their VET journeys and advice to educators in the room. 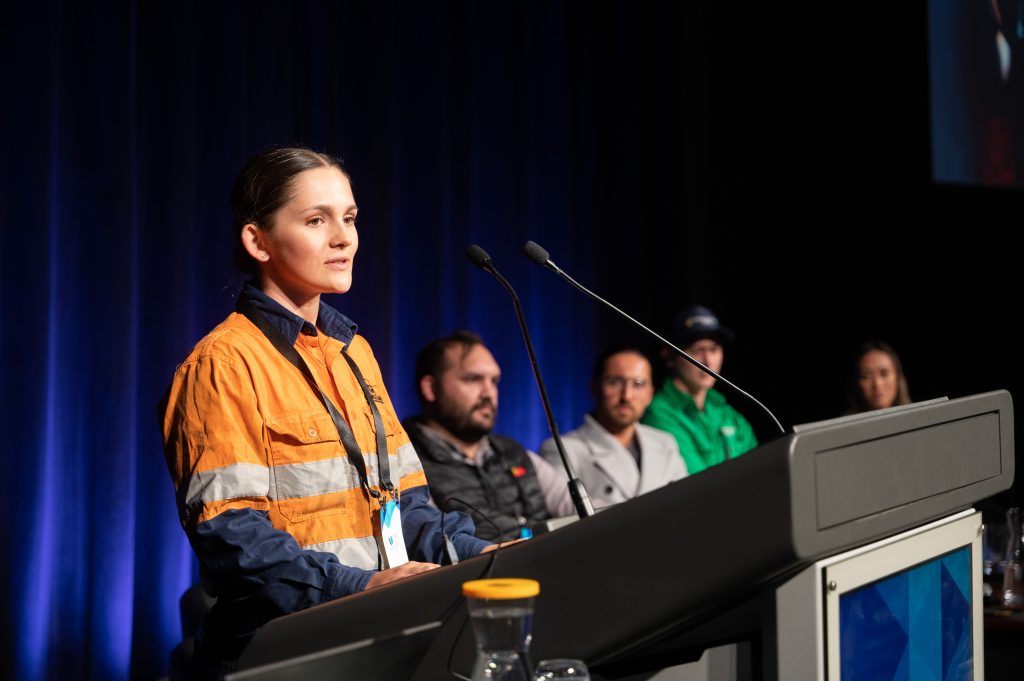 Ashley Beeby, VET champion, tells the audience how she knew she'd made the right choice when she decided to take up a career as a diesel mechanic.

For Lewis, the pressure to undergo VCE was ultimately detrimental to his journey and circumstances. When Lewis wanted to do VCAL, his close family encouraged him to do VCE instead: “I felt like I just got over the line… after that, my experience from VCE tarnished my sense of self and I didn’t think I was capable of study.”

Having eventually completed two certificates and two diplomas, Lewis encouraged us to “challenge any negative perspectives of vocational education.”

“Take my story, for example, I feel like I thrived in vocational education. And now [I’m] sitting in a position where my counterparts are holding masters level qualifications.”

4. “Bigger, not backwards”- Challenges and opportunities as part of the Senior Secondary Reforms

The event was a large-scale forum to explore the upcoming Senior Secondary Reforms in more detail. John Firth, director of the Firth Review, explained that the systemic restructure of VCE to include a vocational major is about “broadening our understanding of what successful senior secondary education looks like”.

Damian Blake, Head of School (Education) at Deakin University, challenged us to “go big, not backwards”.

“If we do not get it right, if we VCE-ize some of the things that we would have been doing in the name of workplace learning, then there’s a very real risk that we will go backwards.”

In response, Scott Widmer, Assistant Deputy Secretary at Department of Education and Training, told attendees that “the aim here is not to VCE-ize applied learning but to give applied learning equal recognition and standing within the VCE”. 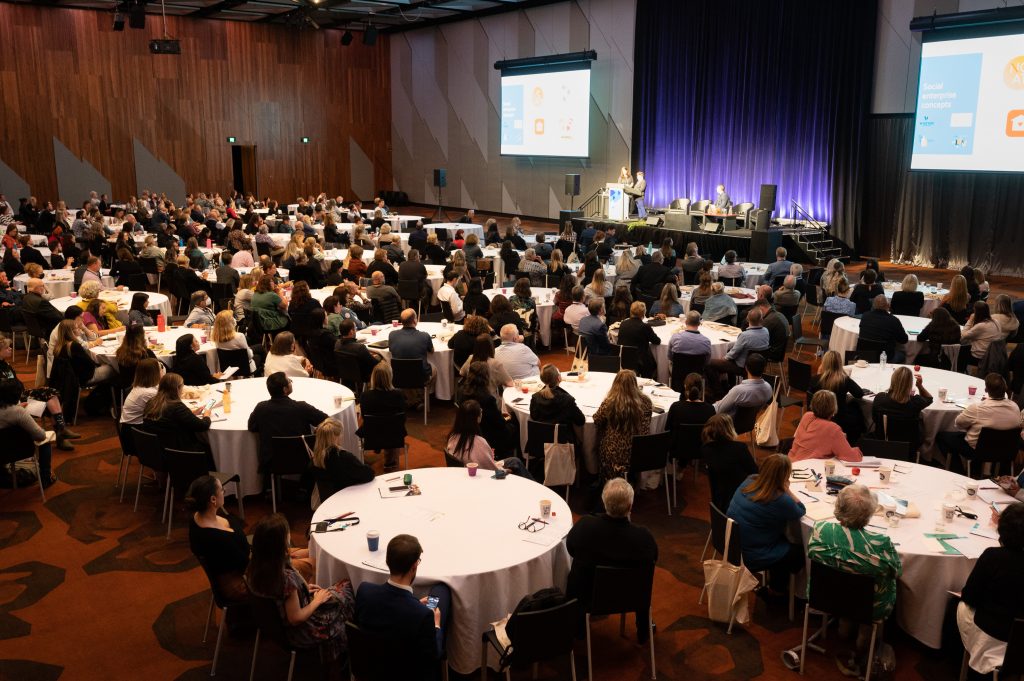 Over 570 people attended the School to Work Summit in support of improving the school to work journey for young people.

The School to Work Summit was made possible thanks to the generosity of our sponsors Deakin University, The Gordon, Department of Education and Training, Victoria University, Veg Education, Spiire, Agnico Eagle, Project Ready and Melbourne Innovation Centre.

BE NOTIFIED ABOUT NEWS AND UPDATES